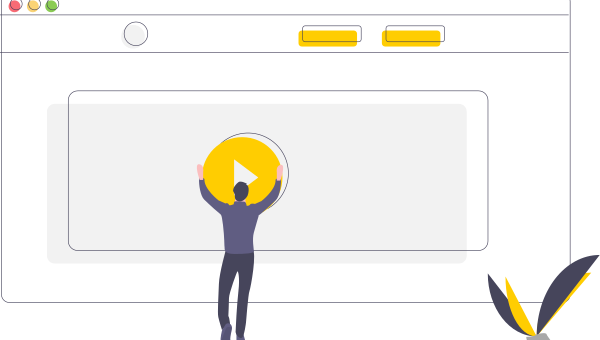 This test taker speaks fluently for most of the time and develops topics coherently and appropriately, with only slight content-related hesitations as he engages with the topics.

His vocabulary is precise and sophisticated throughout this part of the test (prominent businessmen; emulate; a growing number of television celebrities; to promote charitable causes; endorsing a cause; negative repercussions; conscious of body image; susceptible to; prevalent).

He uses a wide range of grammatical structures naturally and accurately, with no noticeable error. He also uses a full range of pronunciation features to convey precise and subtle meaning such as emphatic stress (one example that comes to mind is celebrities) and contrastive stress (it’s not necessarily for causes ... it’s also for celebrity behaviours). He sustains this flexible use of features of connected speech throughout and is effortless to understand.

This test taker speaks fluently, with only rare repetition or self-correction. Any hesitation is not to search for language but to think of ideas. Her speech is coherent, with fully appropriate cohesive features (if you’re talking about; other than that; I think it’s more; as you can see).

She uses vocabulary with full flexibility and precision in
all topics with a wide range of idiomatic language (have a tendency; be exposed to; the world is becoming more globalised; the norm; strikes a chord; communication tool; actors that sponsor; materialistically; cool gadgets; grasp of people’s mindset).

Her grammatical structures are precise and accurate at all times. She uses a full and natural range of structures and sentence types and makes no noticeable errors.

She uses a full range of phonological features with precision and subtlety. The rhythm of her language is sustained throughout and stress and intonation are invariably used to good effect. This and her very clear production of individual words and sounds result in her being effortless to understand.

This candidate speaks fluently but rather slowly, with occasional hesitation as he engages with the topics. He is able to give quite complex and detailed responses without any loss of coherence, drawing on a range of markers to introduce his ideas (in that way; in some way; we have a situation in our country; in that regards; in every respect).

He skilfully uses his wide vocabulary in a sophisticated way to express himself precisely and accurately (reaching out through music; I wouldn’t put it past them; significant level; growing trend; a ripple effect), although there are a few inappropriate word forms and choices (old generation instead of ‘older generation’; have a long way instead of ‘have a long way to go’; a step back instead of ‘a backward step’).

He uses a full range of sentence forms and grammatical structures naturally, accurately and appropriately.

The test taker is easy to understand throughout the test, in spite of a slight accent. Occasional misplaced stress and vowel formation (misicians for ‘musicians’; Bread Pitt for Brad Pitt) only minimally affect intelligibility.

This test taker is able to keep going and is willing to give long answers, but coherence is occasionally lost through hesitation while she searches for words and ideas.

She uses a good range of connecting words and markers (actually; in this way; I think the most important reason; as an example; as we know). Vocabulary is the strongest feature of her performance. She is able to discuss topics at length and demonstrates some awareness of style and collocation (contemporary society; casual activities; temporarily forget; a moment just for yourself; time and resources). While she does make errors, these do not interfere with communication (for your healthy).

Her grammatical control is less strong, although she does produce some complex structures, such as subordinate clauses, accurately. Her control of verb tenses is variable and she has recurring difficulty with subject/verb agreement (you shouldn’t to be too addict; they’re too focusing on; he need to). Despite these errors, her meaning is usually clear.

She uses a range of pronunciation features but with variable control. Her rhythm is at times affected by syllable-timing but stress and intonation are used to some good effect (our life is not just for working – we should enjoy our lives as well). Some individual words and sounds are mispronounced, particularly ‘th’, but this has no significant impact on intelligibility and she can generally be understood without effort.

The test taker speaks quite fluently and gives appropriate and extended responses. She makes good use of a range of markers and linking words (first; actually; I think so; for example; in a lot of ways; that’s why). There is some hesitation, but it is mainly content-related as she seeks to clarify her ideas before expressing them. Coherence
is not affected by these slight pauses.

Vocabulary is a strong feature of her performance and she uses a wide range, including some less common, idiomatic and colloquial items (lose your privacy; selling their soul to the devil; getting dumped; it depends on the target; we need a rest from the serious stuff). However, there are also a few examples of error and inappropriate word use (a small news; end of the relax evening; free dresses).

Her grammar displays a good range of both simple and complex structures that are used flexibly and a number of her sentences are error-free. However, there are some noticeable errors in areas such as articles, prepositions, subject/verb agreement and verb tense (if someone recognise you; if people follows; you will like them fail;
it won’t be happen like this).

Although she has a noticeable accent, her pronunciation is generally clear and easy to follow. Stress and intonation are used well to enhance meaning (You don’t have to pay for a lot of stuff. They will give free dresses and free stays in the hotels). She has a tendency to use syllable-timing, which prevents her sustaining appropriate rhythm over longer utterances. She also has occasional problems with sounds (jung for ‘young’), but this has only minimal effect on intelligibility.

This test taker is willing to speak at length but there are moments when coherence is lost as a result of repetition, self-correction and hesitation and he is unable to answer the question about why people need a hobby. He is able to use a variety of markers to link his ideas (first of all; I guess; like; it depends; at least; so), although these are not always used appropriately. Limitations in his performance are evident when he falls back on fillers such as how to say; how do you say.

He has a wide enough vocabulary to discuss topics at length (China opening up to the world; cut down the working shifts; more work opportunities), but while he uses some natural colloquial expressions (some other guys; that’s sweet), there are also some collocation errors (broaden your friendship; kill the spare time; in the past times; make more troubles). These rarely cause comprehension problems.

He produces a mix of short and complex sentence forms with a variety of grammatical structures. However, overall his grammatical control is variable and errors recur (you are make trouble to the society; people like spend; in the past …people work more … there is a period; may go travel round; we have also get), although these do not impede communication.

His pronunciation is generally clear and he divides the flow of his speech into meaningful word groups with good use of stress and intonation (normally we work eight hours a day, five days a week – that’s forty hours in total). Generally he can be understood, but occasionally some words are hard to catch because of mispronunciation of sounds (bose for ‘both’; yoursels for ‘yourself’; cupper years for ‘couple of years’; zen for ‘then’; word for ‘world’)

This test taker speaks fluently and is able to give quite long and detailed responses without any loss of coherence. Hesitation is usually content-related and only occasionally to search for language.

She uses fillers (you know; I mean) to cover this. Linking words and markers are used very naturally (that’s not the case; I’m fine with that).

Her vocabulary resource is wide and it allows her to talk about a range of topics with some flexibility and precision.

There are plenty of examples of stylistically appropriate language (political pressure; into corruption; today’s world; offensive; promote the product; a money-making business) with only occasional inaccuracies (do a meeting; in a right/wrong manner).

She uses a wide range of structures with a high level of accuracy. She makes only occasional minor errors. She uses pronunciation well to reinforce meaning, with rhythm, stress and intonation all used appropriately (at times I do like). There are only occasional lapses in word stress and in the formation of ‘th’.

This candidate can maintain the flow of speech without noticeable effort and there is no loss of coherence. He uses a variety of linking words and markers (I would say; that’s a good question; as I said; as long as), but he overuses the filler (yeah) and sometimes referencing is inaccurate (for the one or the other reasons).

He uses a wide range of vocabulary, including some less common and idiomatic items and effective collocation (easy to blame; global warming; financial crisis; he stands for something; can’t stand the pressure). However, sometimes he lacks precision in his choice of words and expressions (Greek instead of ‘Greece’; on the other side of the lake; environmentally people/things; a big branch).

His grammar displays a good range of both simple and complex structures. Many of his sentences are error-free but he makes some mistakes in subject/verb agreement (people who wants; the people who admires him), articles (the normal person) and relative pronouns (everything what happens).

His pronunciation is clear and easy to follow. He uses both sentence stress and intonation effectively to convey meaning (you can’t blame a soccer player but it’s easy to blame the politicians). He does have a noticeable accent, however, and his mispronunciation of a few words results in occasional loss of clarity (wole model for ‘role model’; wong for ‘wrong’; serf the planet for ‘serve the planet’).